space
(scroll down for images) 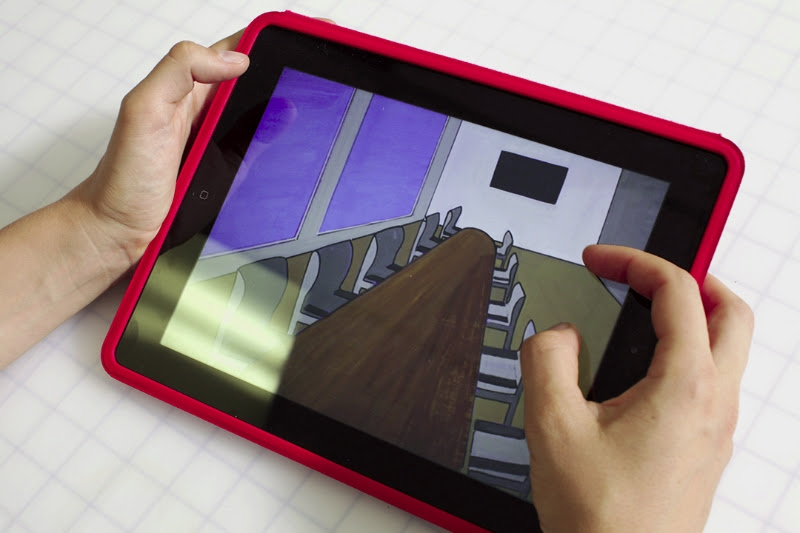 THE PERFORMERS: H.M. CAPITAL (A VERY FAT GENTLEMAN), HIS SLAVE THE NATIONAL ECONOMIST, HIS ALLIANCES: UNION MEN, PRIEST, POLICE, MILITARY, WORKERS 1-2-3-4-5-6-. WORKER 1-2-3 ENTERS FROM RIGHT AND GOES TO THE MACHINES THAT ARE VERY STYLIZED.

M writing to M:
Happy New Years Michala! I hope you are well. I am digging out from the holiday chaos… was up in the mountains for about a week, hiding and relaxing, but now there’s a lot of work to do. I picked up a crazy job at the end of December and was forced to take a three week break from studio work, but this is great because now I am set for money for the next few months. Nov/Dec 2014 would be a good time frame for you to do a metro pcs project. Do you have something specific in mind?

WHEN THE WHISTLE BLOWS FOR THE END OF THE DAY, H.M. CAPITAL ENTERS WITH HIS SLAVE THE NATIONAL ECONOMIST (IN CHAINS) FROM LEFT.

M continues:
I am really proud of that video in a way. I feel I also found another way around this problem. The props allow normalized everyday actions to be read as performance… or not. It’s in the viewer’s head. I think that maybe you are thinking the same way with your work – ??

THE CLOCK IS STILL RUNNING, WHEN IT REACHES SEVEN AGAIN, THE WHISTLE BLOWS AND THE WORKERS ONCE AGAIN ENTER AND TAKE THEIR PLACE BY THE MACHINES.

M responds:
I remember you talking about the job, sticks right? Sounds fun, and very nice to have your income covered for a while. I’m reading the newspaper and drinking coffee with an elderly lady as a job these days, kinda nice kinda weird.

M continues:
In a way we do the opposite, I pick out objects from (sort of) everyday situations, whereas you introduce props into a everyday situation. I extract and you add, but somehow the concerns are the same. Staging of the everyday ?

THE WORKERS SMASH THE FENCE THAT IS LOCKING THEM OUT OF THE FACTORY – MORE AND MORE JOIN THEM WITH FLAGS AND SINGING, THE CAPITALIST AND HIS FOLLOWING GIVES WAY UNDER GUNSHOTS AND YELLING UNTIL THE WORKERS HAVE COMPLETELY CONQUERED THE SCENE.

M responds:
I have been thinking about what you are saying with adding and subtracting. the thing is, i can’t just put props into a social situation and say that a performance is occurring—though this is what I would like to happen. I haven’t figured out how to do this type of work without a video camera recording. It seems we are both predicated on some “image” existing in a way (history image?).

LIGHTS ARE DIMMED, A SPOTLIGHT GOES INTO THE DARKNESS OVER THE AUDIENCES: H.M. CAPITAL IS HANGED — FULL LIGHTS

M again:
I understand the urge or https://www.viagrapascherfr.com/viagra-generique-pas-cher-vrai/ need for a camera, but do think that it could be interesting to introduce props or costumes for the sake of only that. But I suppose it is the age old performance dilemma about documentation . . . I really like the word “history image,” I think it quite aptly describes what I’m interested in. Sorry I’m just blabbering off.

(CAPITALIZED TEXT extract from the play DICTATORSHIP OF THE PROLETARIAT, by Revolutionært Teater (1933) translated by Michala Paludan (2012))

metro pcs is pleased to present an installation by Michala Paludan. Inspired by the Danish theater form of revy, Paludan has created props that questions how theater and satire can be useful tools in the realm of politics today.

Recent exhibitions include: The Moderna Exhibition 2014: Society Acts at Moderna Museet, Malmö (2014); 13th Istanbul Biennial (2013); Lanx Satura at Henningsen Gallery, Copenhagen (2013); Arbeidstid at Henie Onstad Kunstsenter, Oslo (2013) Cloud Hosting at Rachel Uffner Gallery, New York (2013). Paludan is a fellow of the Whitney Independent Study Program and received an MFA from California Institute of the Arts. She studied at the Royal Danish Academy of Fine Arts from 2005 to 2009. 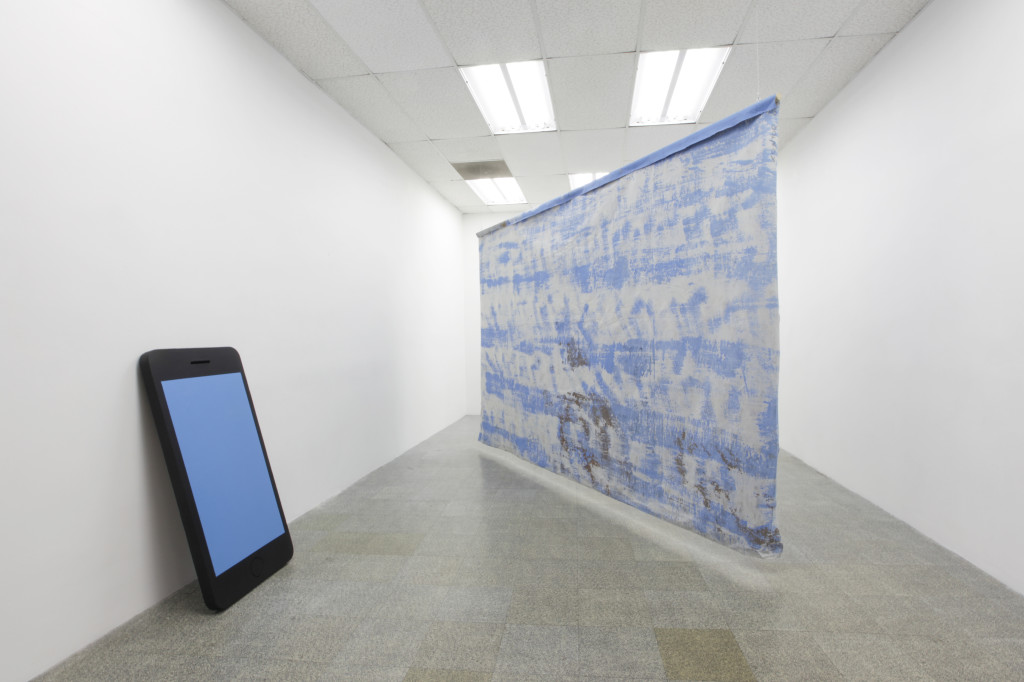 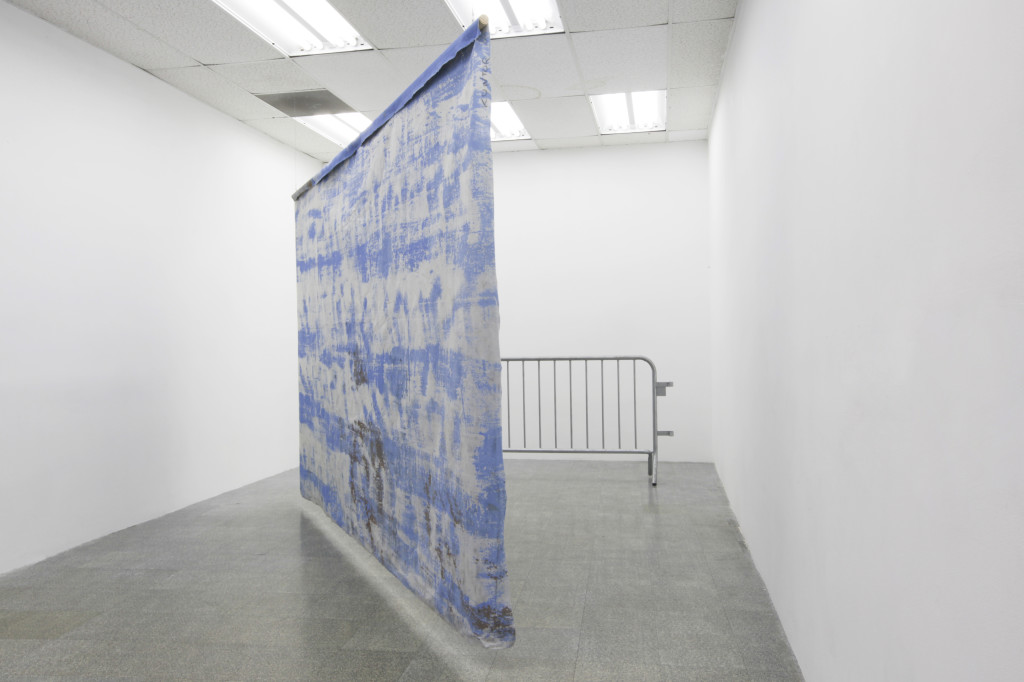 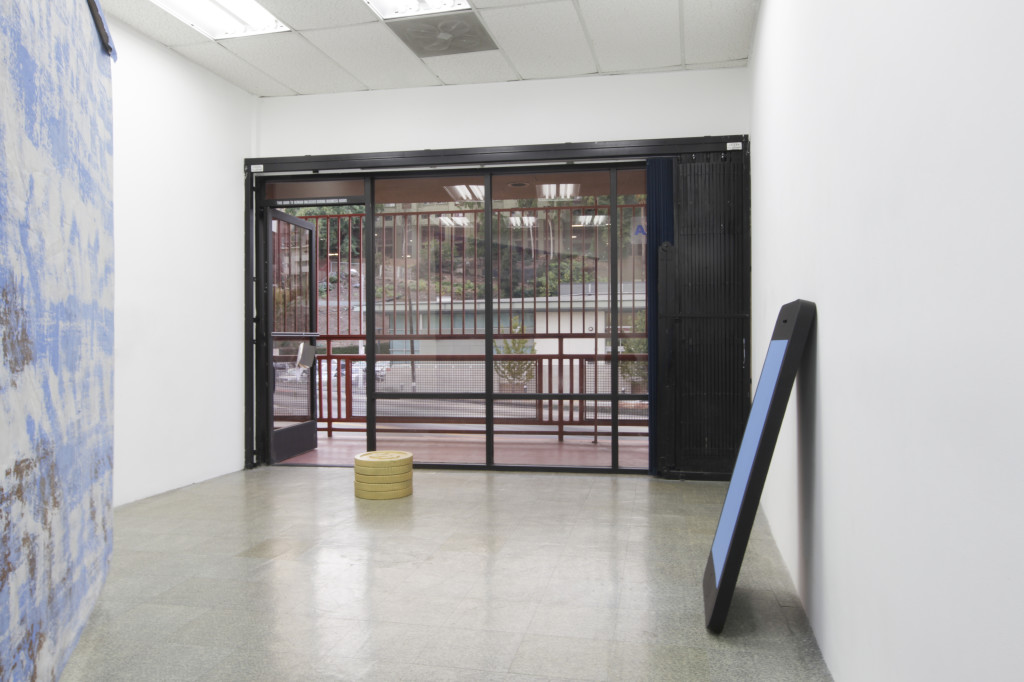 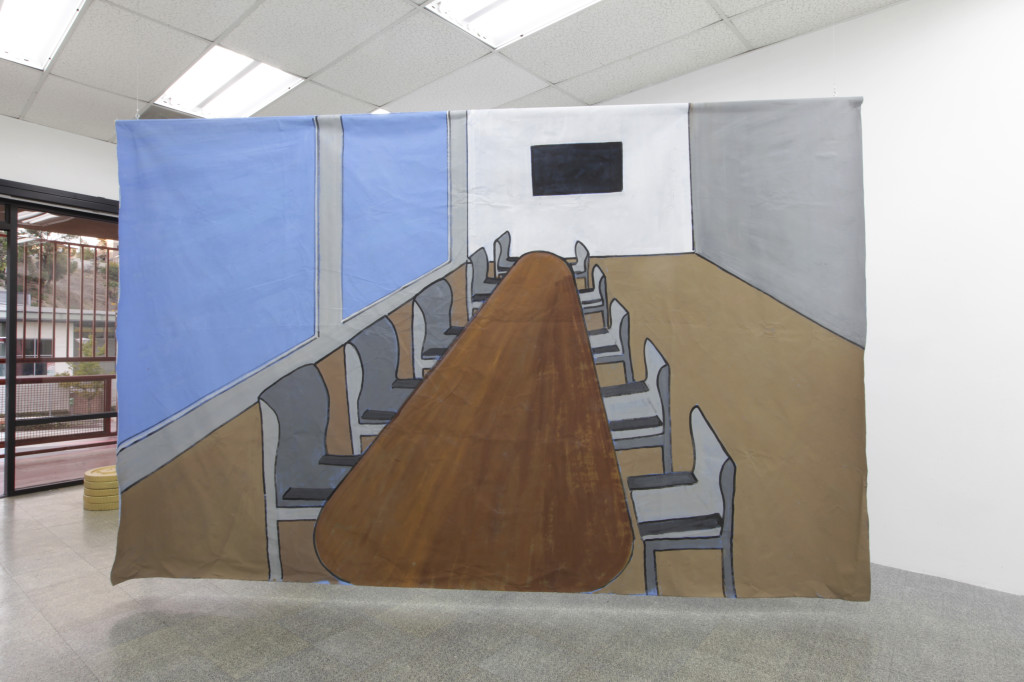 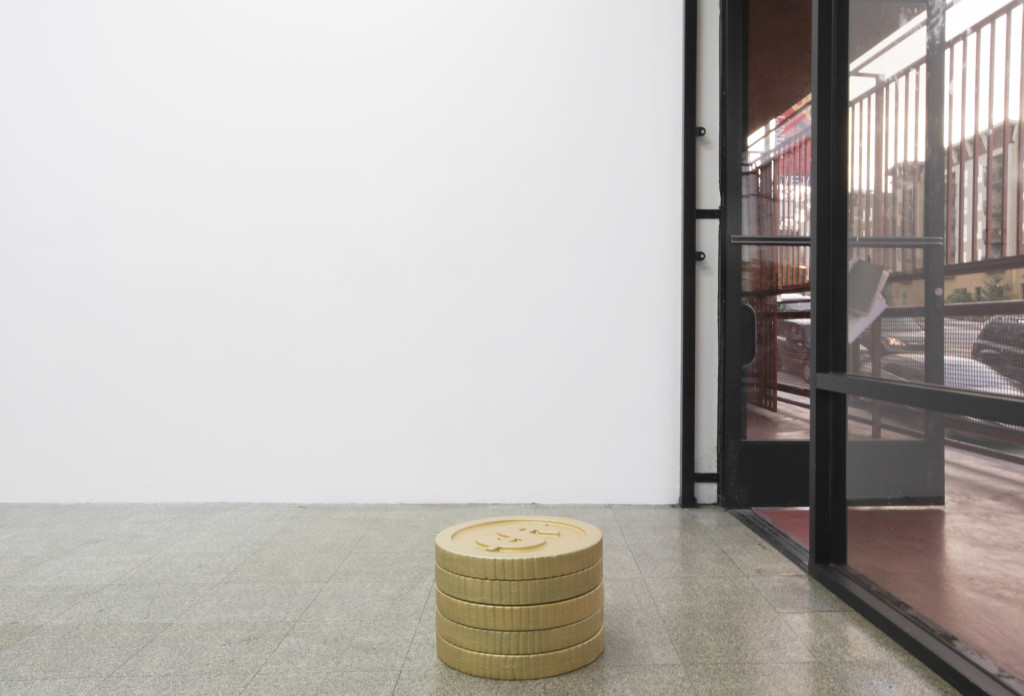 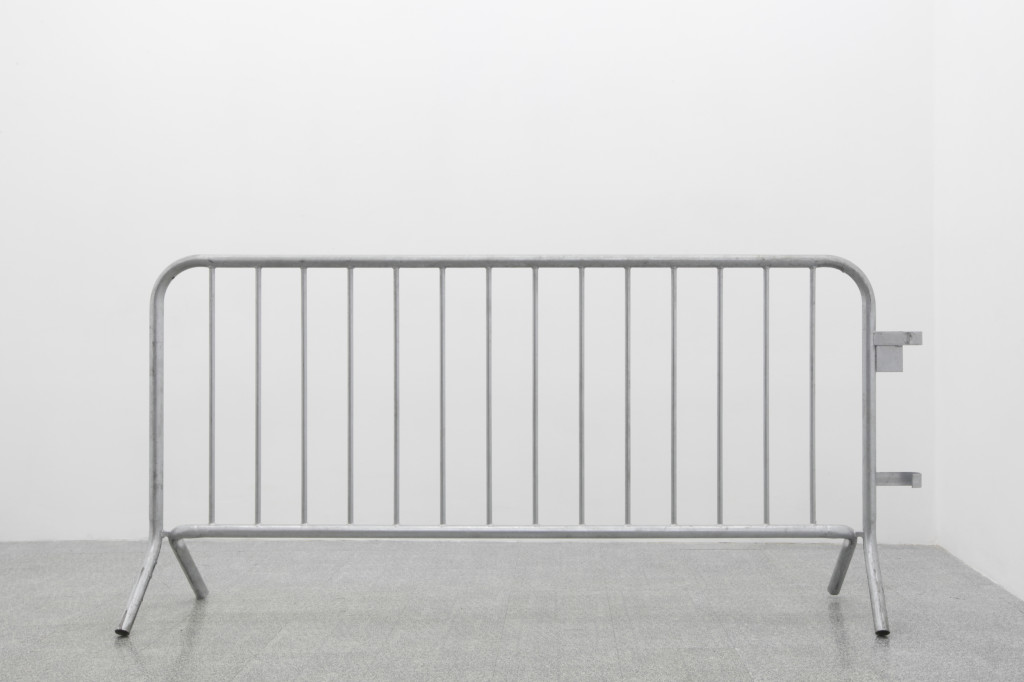 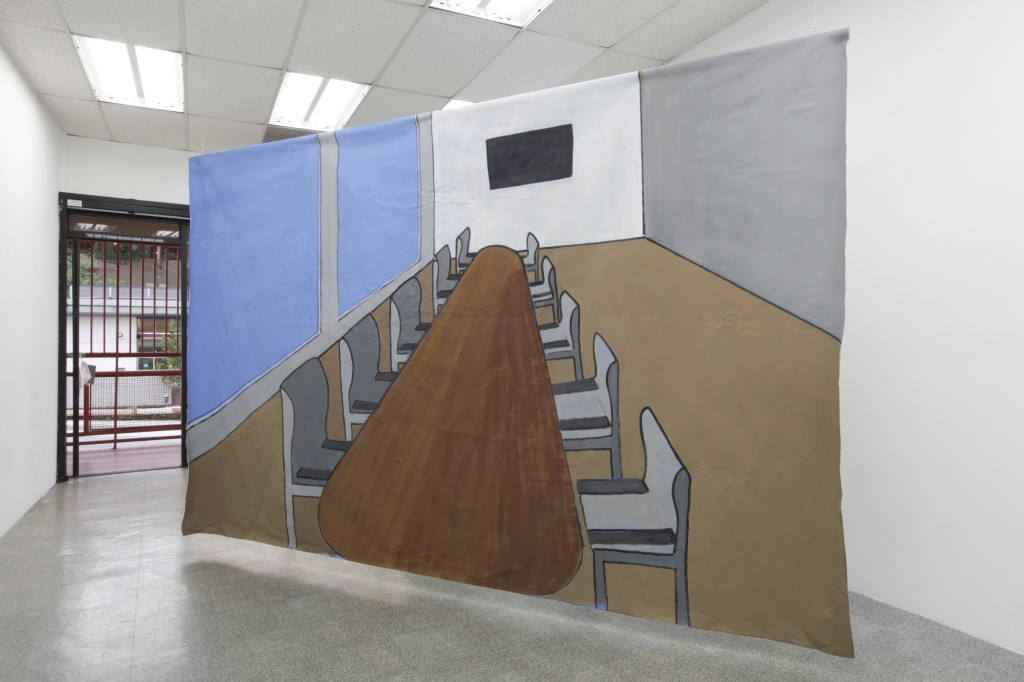 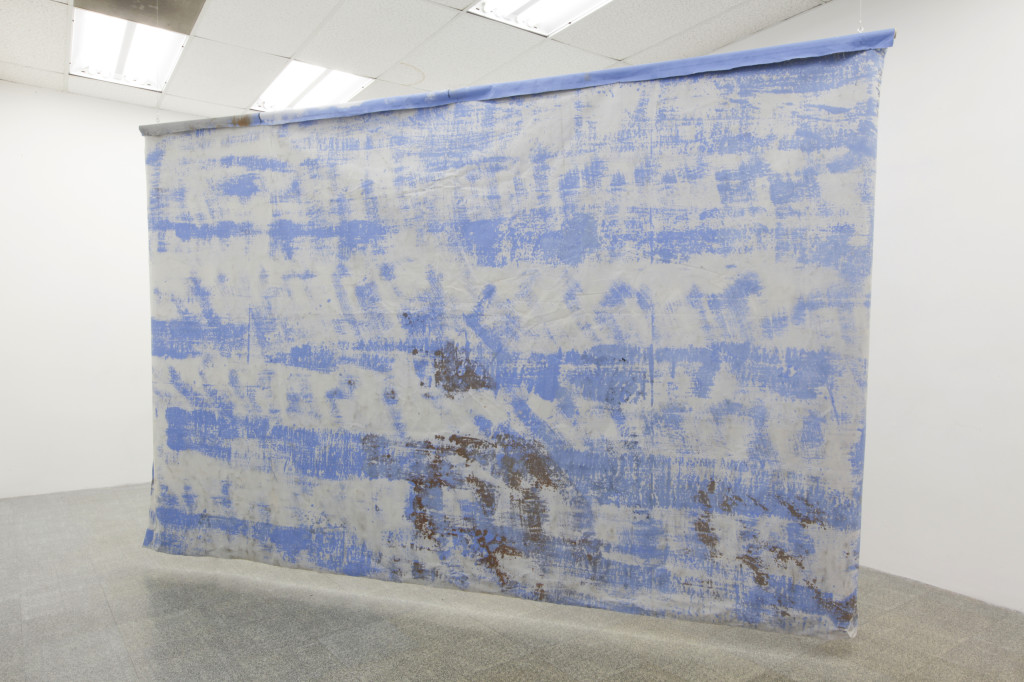 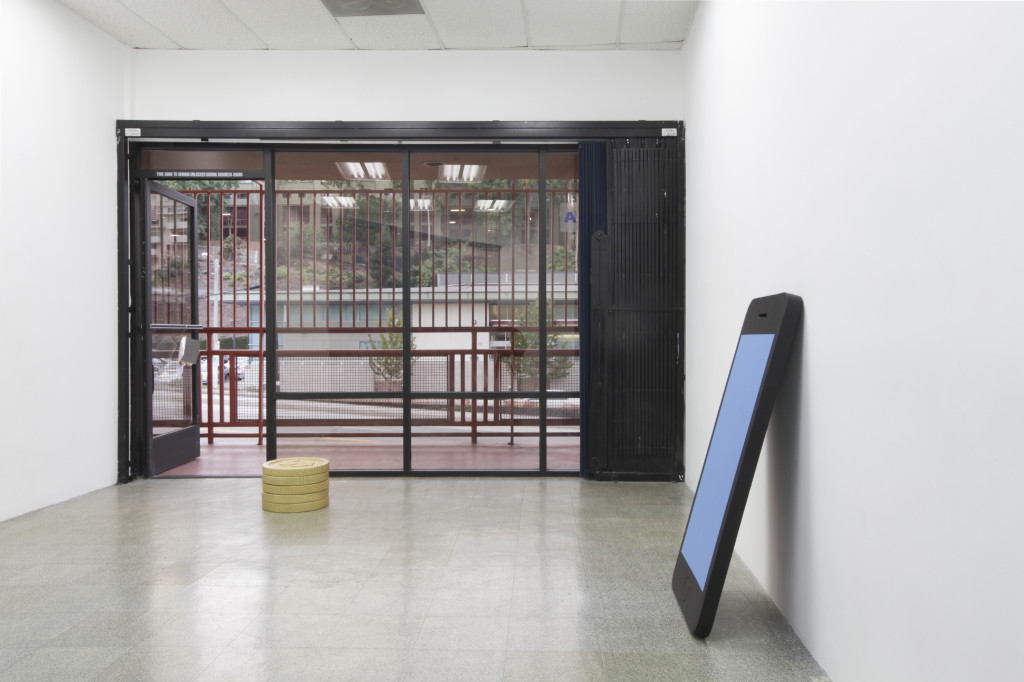 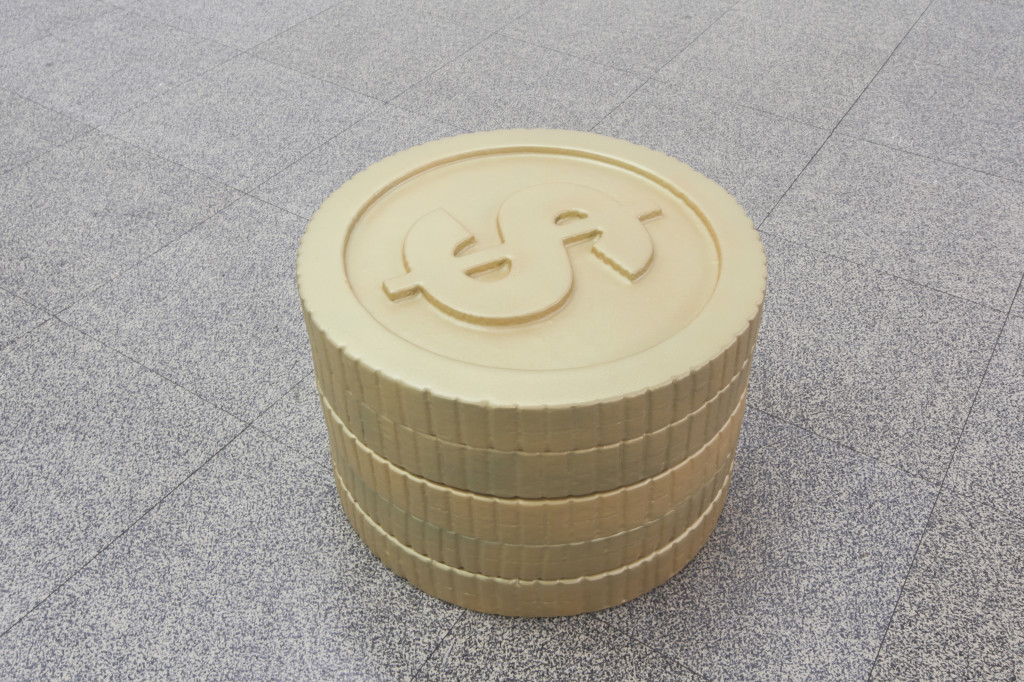 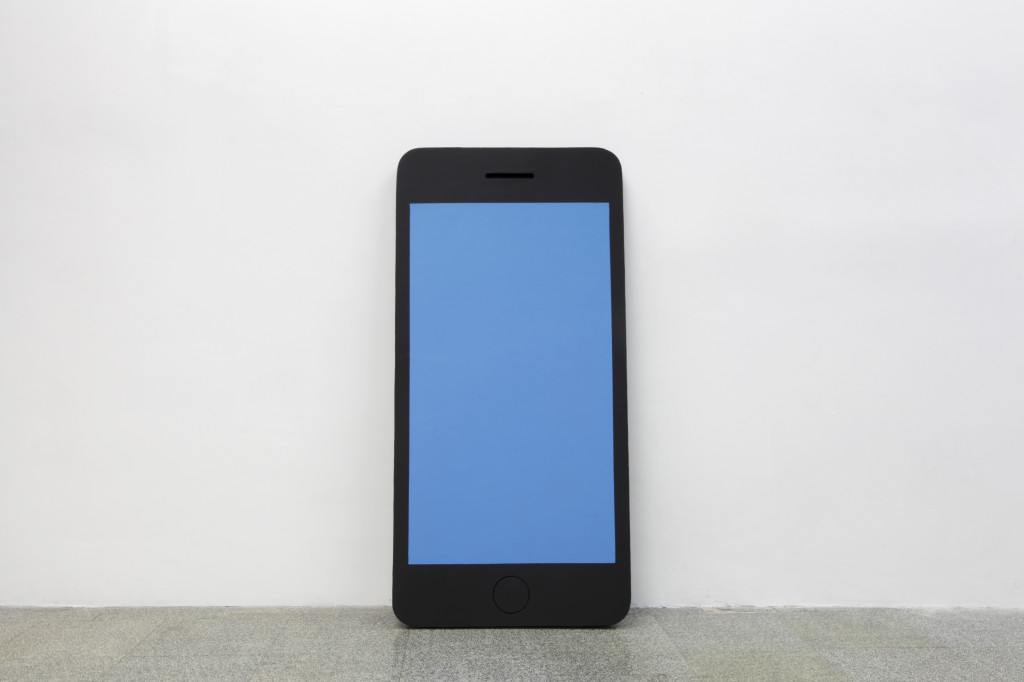 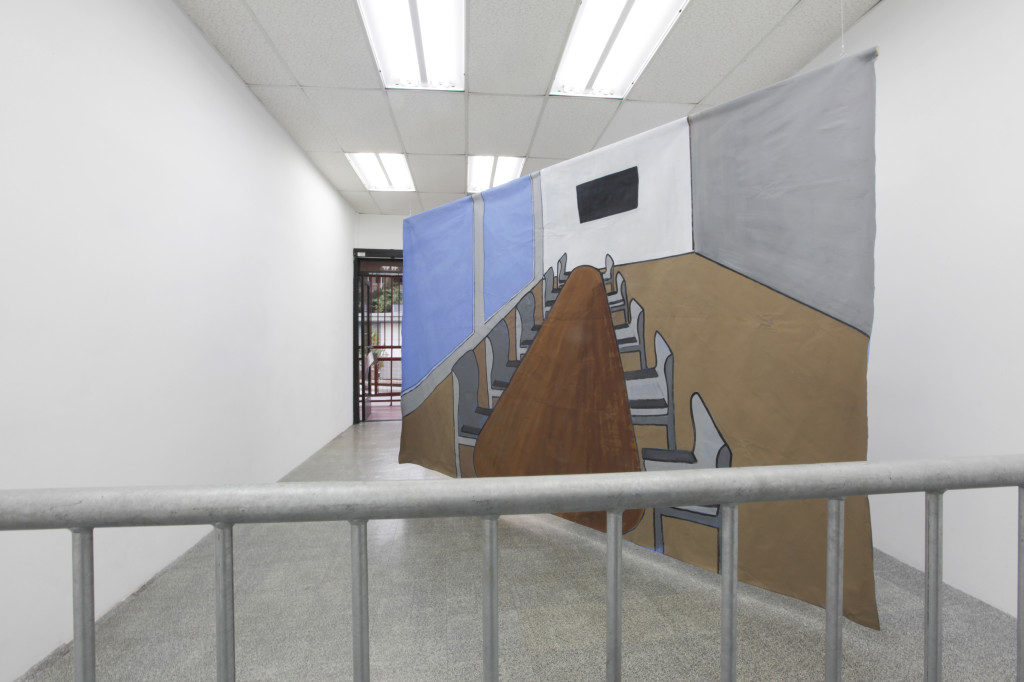 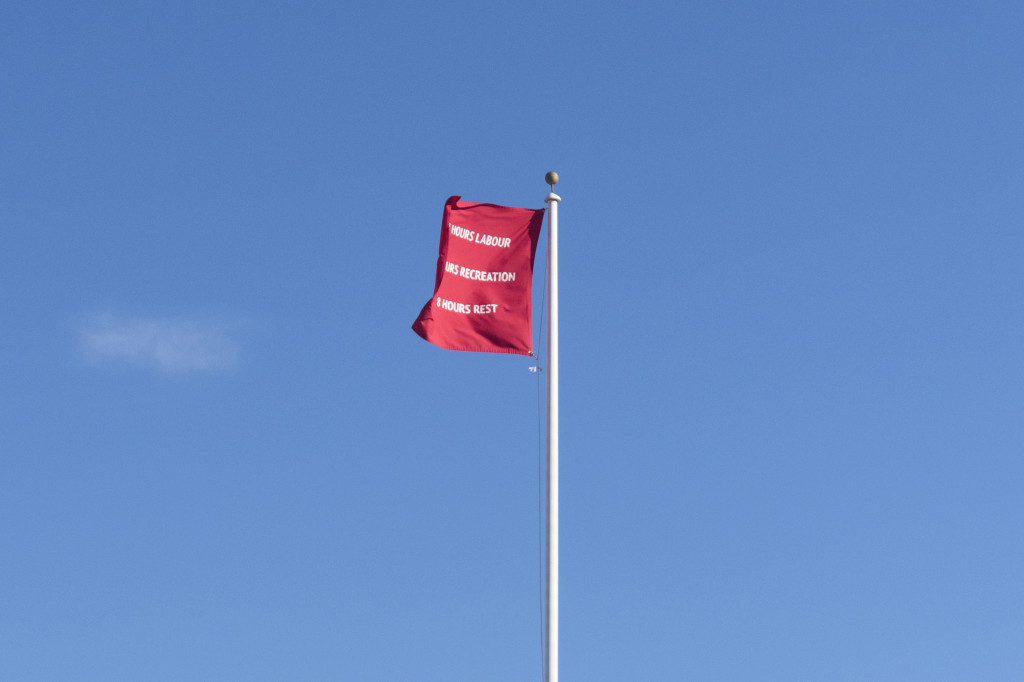 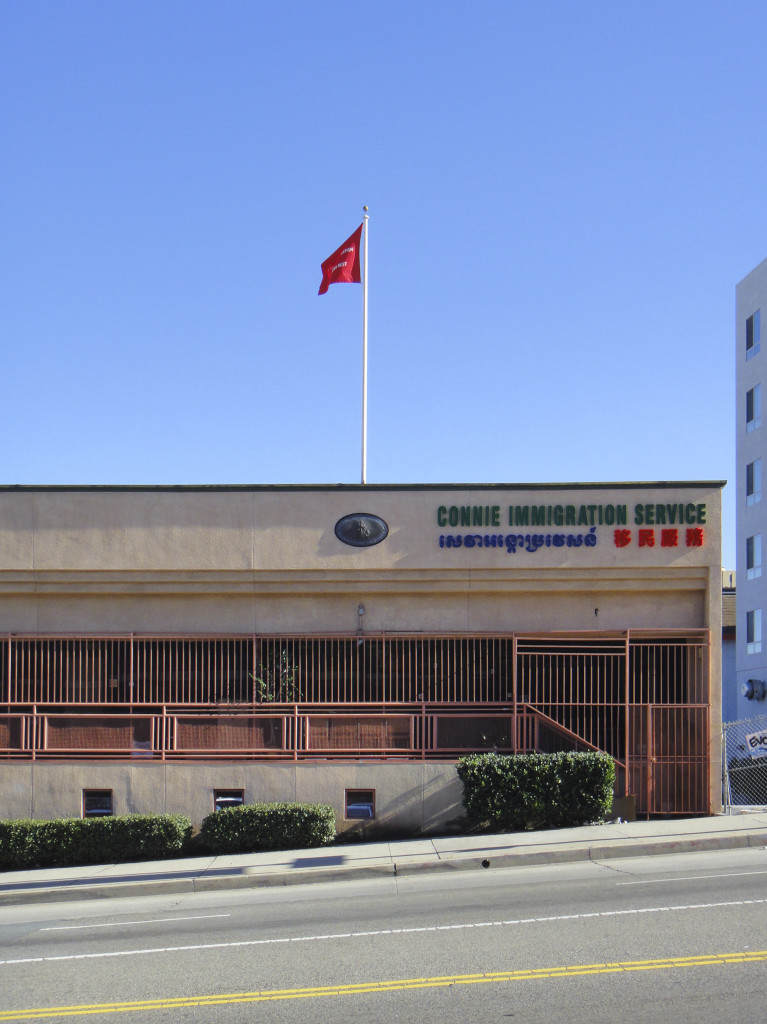