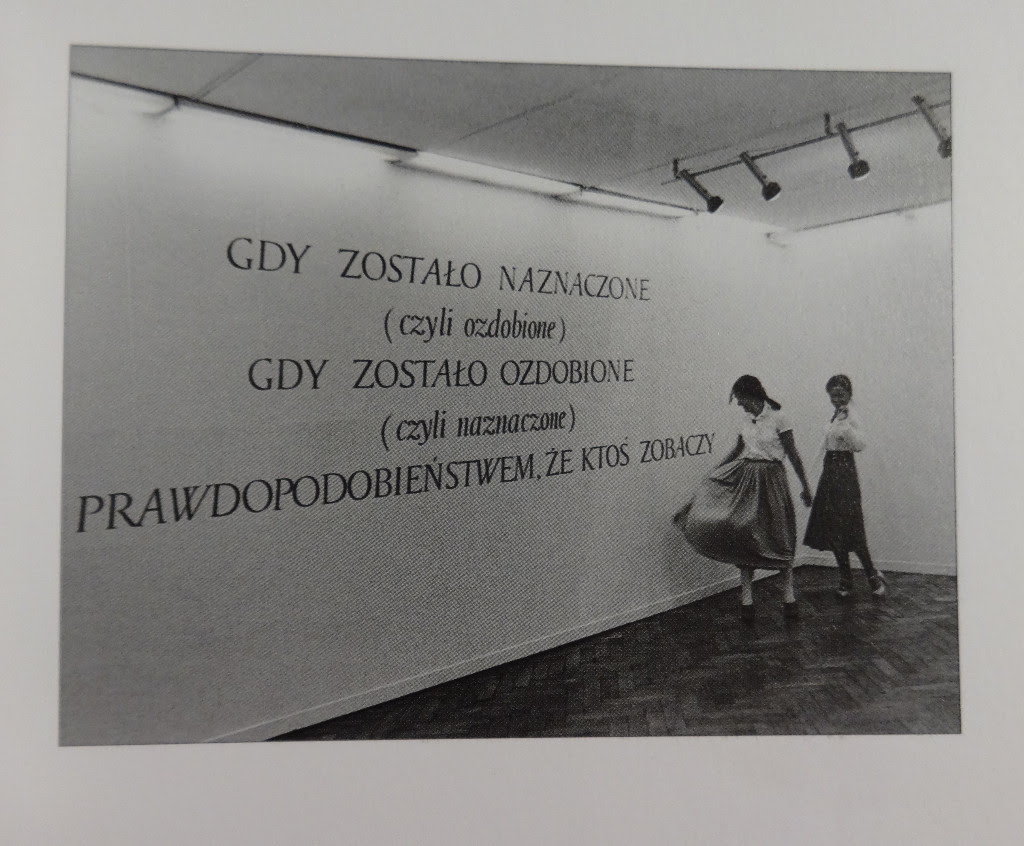 Lawrence Weiner, With a Probability of Being Seen, 1979, Galeria Foksal
original photography by P.Barącz

The piece will begin with the installation of a Douglas Huebler drawing I recreated in colored pencil and there will be a dance track played for the duration of the performance. The music player will sit on a pedestal in opposition to the drawings.

The project will be the collapse of the install, exhibition, and deinstall. I will begin by preparing and cleaning the gallery, then hanging the work. I will finish by removing the

artwork, patching and repairing holes, cleaning and closing up the space. The performance will be performed solo and consist of me working alone. I will be able to converse and communicate if needed but will clearly have a task ahead of me.

The Huebler image is taken from, ‘Variable Piece #70: 1971 (In Process) Global, Crocodile Tears: The Signature Artist (Napoleon).’  It is of Napoleon Bonaparte’s face shown three times from different angles, cialis generique displayed in a triptych. I initially mistook the image for a chef and this misinterpretation of an artwork speaks to a loss of control and an artist’s lack of authority over an image he/she produces. I examine this array of male characters

– Napoleon, someone entered into Western history; a chef, traditionally an occupation dominated by males; and Huebler, a conceptual artist well-known within the arts but not to the rest of the world.

The audio component will play during the performance and loop. Visitors will be aware that an activity is happening in the present.  The sound will speak to a frenetic energy, mimicking the shared reality that the audio will end and that death, or ceasing to exist, is something we all innately fear.