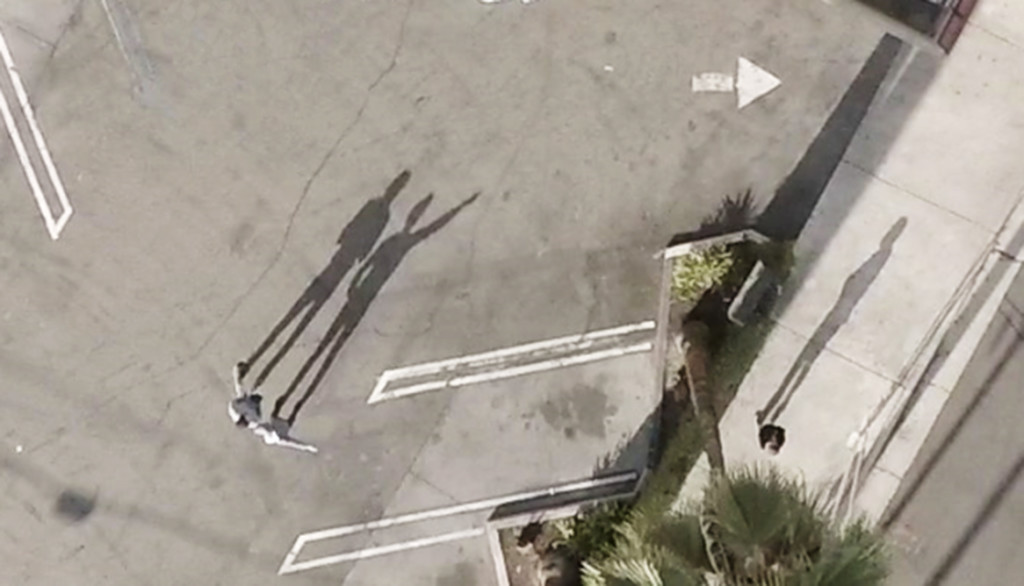 From a low angle, the Colonel Sanders of East Hollywood looks worried.  Perhaps, in his old age he is abandoning his aspirations for higher military distinction, or, more likely, he wonders whether the product being pressure cooked in the deep fryers below can still be consumed for legal tender.   Since the late 1980’s, when the architects Elyse Grinstein and Jeffrey Daniels were hired to design this flagship franchise at the corner of Western and Oakwood, Kentucky Fried Chicken has grown into the second largest restaurant chain in the world, a subsidiary of Yum! Brands, while its marketing department has embarked upon ever more radical abasements of poultry.  These have included the infamous 2011 rollout of the Double Down- a “sandwich” that substitutes bread with chicken, and chicken with bacon- followed by the 2013 #iatethebones campaign, in which terrified customers grapple with the possibility of asphyxia, only to be assured by the staff that they have just eaten a boneless and identical version of the classic 5-piece recipe. In these progressive and unnatural detachments, KFC’s chicken is revealed as a property so liquid that it could only be contained in bucket form.

Grinstein and Daniels have acted out these metamorphoses in their architecture, at the behest of Jack Wilke, who enlisted the firm in 1988 to overhaul his then 25-year-old ensure restaurant.  Frank Gehry might not have been available, but the partners’ formative years spent apprenticing in his office made them ideal candidates for a downmarket extension of an architectural franchise that was just beginning to proliferate outside of Los Angeles and an upmarket version of the standard KFC design.  The official elements of the prototypical KFC, including the fake mansard roof and rotating bucket sign, have been either diminished- the sloping roof is relegated to a small cap above the dual Colonel Sanders heads- or incorporated into the building- the rotation of the bucket is most evident in the plan, in which the curved façade along Western seems to be pivoting into the more conventional service areas.  Even the diagonal racing stripes of the KFC logo, updated in 1991 when the company name was shortened to an acronym, have been anticipated as vertical fins, in a nod as well to Los Angeles’ post-war “Googie” architecture.

Together these redistributed and re-scaled motifs form a cohesive image of a high-speed and overflowing bucket of chicken, beckoning the stoned late-night cruisers of Western Avenue into the looping drive-thru.  A birds-eye view, directed towards an avian audience, reveals the profile of a chicken in its pre-processed state- still standing upright on its skinny pilotis. Meanwhile, the double visages of Colonel Sanders point West and South towards the beaches of Malibu and Hermosa, longing for seafood and sand, and a retirement far away from his Old Kentucky Home.  Vamos a la playa!

By appointment through June 28 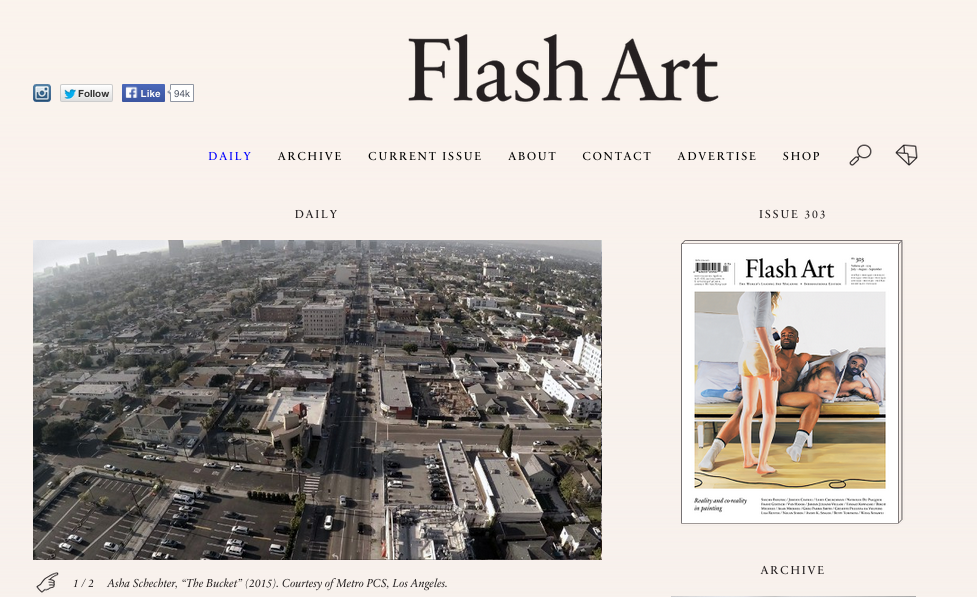 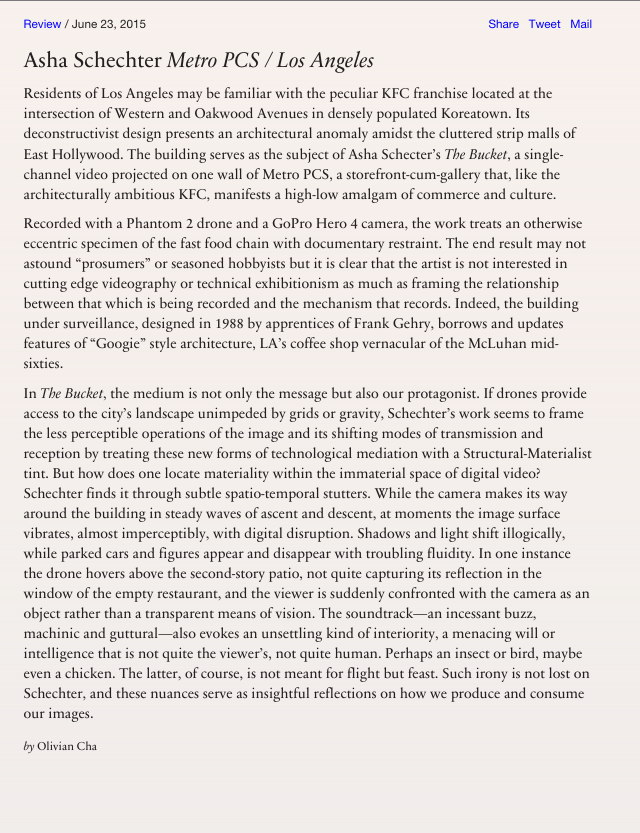 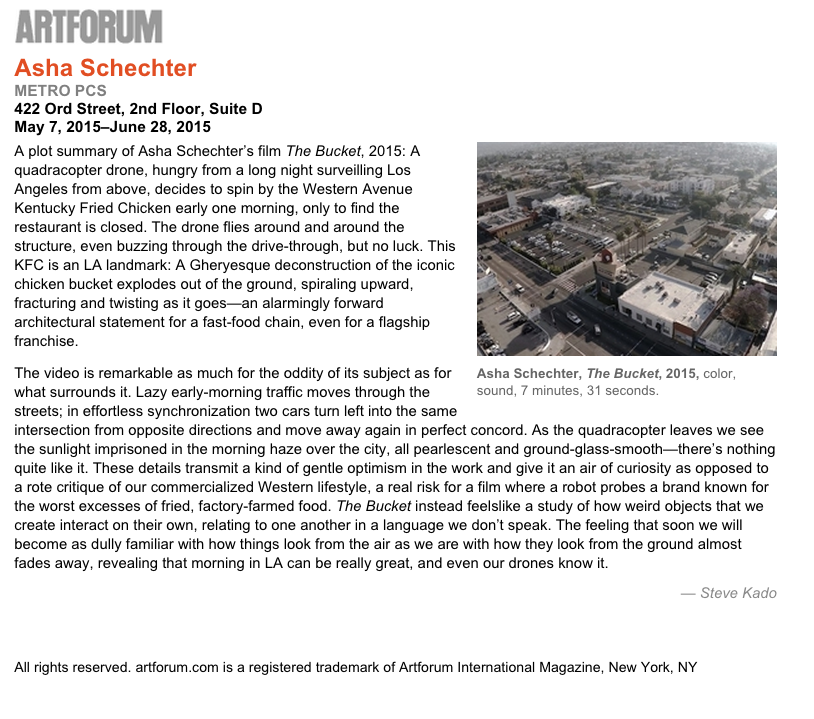