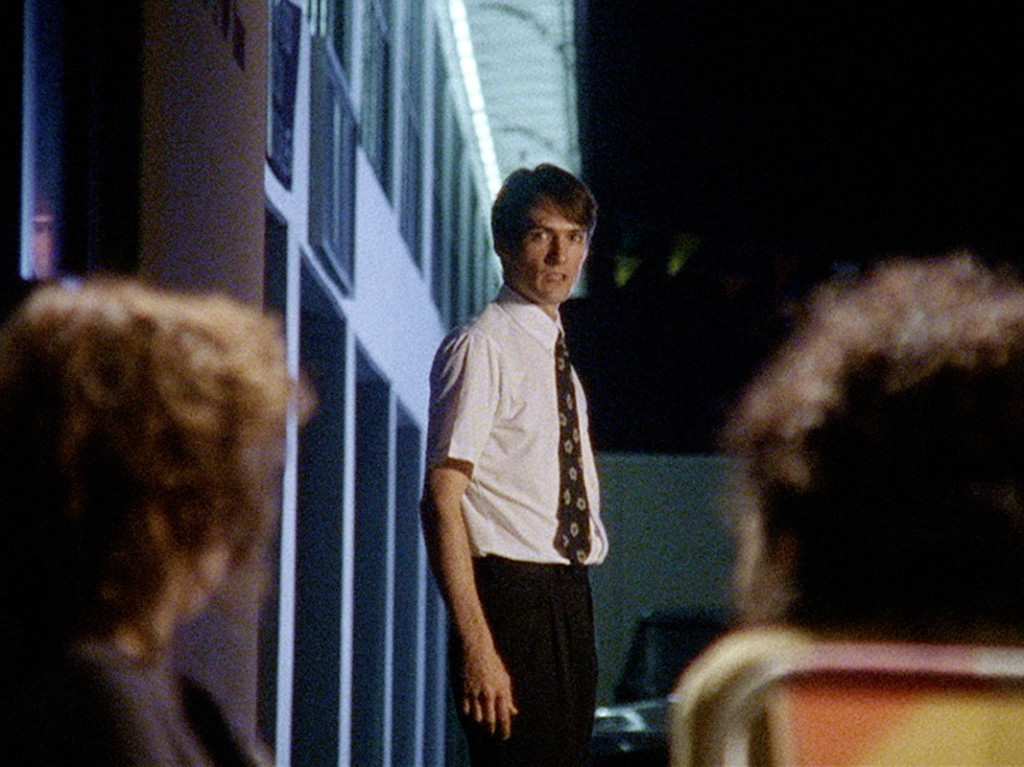 metro pcs is honored to screen Stan Douglas’s Monodramas, with a reception Thursday, July 30th from 7-10 pm. The exhibition will run until Saturday, August 8.

Douglas’s Monodramas, ten 30- to 60-second videos from 1991, conceived as interventions into commercial television, interrupted the usual flow of advertising and entertainment when broadcast nightly in British Columbia for three weeks in 1992. These micronarratives mimic television’s editing techniques, but as kernels of a story they refuse to cohere. They are tales of dysfunction and dislocation, misanthropy and misunderstanding. When the videos were aired unannounced during commercial breaks, viewers called the station to inquire about what was being sold, their responses evincing how the media can refocus attention from content to consumption. — Nancy Spector

Stan Douglas was born in 1960 in Vancouver. Since the late 1980s, Douglas has created films, photographs, and installations that examine the legacy of modernism and the nature of achat viagra generique pfizer historical and social narratives. Douglas borrows from existing Hollywood genres and classic literary works for his thoroughly researched projects. He has exhibited in museums and galleries worldwide, including Documenta IX, X, and XI. He is Core Faculty in the Graduate Art Department of Art Center College of Design in Pasadena.
SPACE
SPACE

metro pcs is an artist run project space in Chinatown,